This March, 5 lucky job seekers will win a $20 Amazon.co.uk Gift Cards. And a chance to get a free resume review by industry experts. Upload your resume to regiter 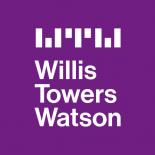 We do not show your reviews to past, present and potential future companies.

Get email alerts when new jobs are posted

Alert me to new jobs like this: jobs in company Willis Towers Watson

By continuing your agreeing to our term and conditions