Likeability is an intangible component of your interview, so how do you ensure that you come across as likeable as well as competent? 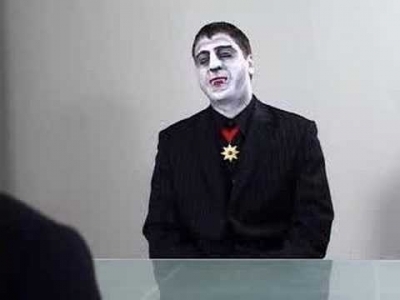 Interviewing is nerve wracking even in the best of circumstances. If you feel like you are under a microscope, it is because you are! The interviewer or interview panel is looking for chinks in your proverbial armor. They want to make sure that you can do the job, but just as importantly, they want to determine if you can fit in with their team. Likeability is an intangible component of your interview, so how do you ensure that you come across as likeable as well as competent?

The fact is that there is no magic formula. Your best bet is to prepare for the interview as well as you can, put your best foot forward, and then do the best you can. If the interview doesn’t seem to go well, you can try to pivot a little, but sometimes there is nothing you can do. If the interviewer has already made up his mind to go with another candidate and he is just going through the motions by interviewing you, that isn’t on you. It happens, however, and it happens perhaps more than you even know.

Interviewers don’t react the way you expect them to when you tell your stories of success.

You may have a story of a success that in the past has gotten nods of approval or smiles from your interviewer(s). If you tell the same story with the same zest, and you don’t get the same or similar reaction, it may mean that they aren’t listening, or they didn’t get the point of the story or missed the import of the success. It could be a sign that you have failed to connect with the interviewer(s) from the start, and they aren’t as attentive as you need them to be to get why you are the best-qualified candidate.

If the interviewer or individual panelist keep looking at their phone or computer screen, they may be displaying their lack of interest in what you have to say, or they may just be distracted by something that is going on that is taking precedence over your interview. Perhaps they are monitoring an emergency situation, but they can’t or don’t share that with you. Or perhaps they have just decided that they aren’t going to hire you, so nothing you say will make a difference. Again, they are just going through the motions. Without being rude yourself, there is little you can do to get them to pay attention to you unless you manage to get their attention with a witty remark or a humorous story. Everyone usually responds to humor if it is well delivered and natural. Not everyone can pull that off, however, and it is especially challenging if you are nervous as you will likely be in an interview.

They don’t tell you about next steps or ask if you have questions for them.

As you wind up the interview, and if it has gone very badly, that may be sooner rather than later, they won’t ask if you have any questions for them, and they won’t offer what the next steps will be. If you ask and they seem vague or reluctant to tell you by when they expect to fill the job, that is another sign that you probably aren’t going to be considered as one of the finalists.

Sometimes circumstances are just out of your control, and there is nothing you can do to save an interview that isn’t going well. As a post interview exercise, you should consider from hello to goodbye how you believe you performed and what the reactions of your interviewer(s) were. Did you fail to prepare properly? Did you practice well enough beforehand that you were able to contain your nerves? Were you prepared with the right kind of answers to the questions you were asked? Were you concise in your responses or did you ramble? Did you keep to the issue of your ability to do the job or did you veer off into the personal and wind up sharing too much?

Sometimes candidates do themselves no favor by volunteering information that winds up hurting them more than helping. In mock interviews, I have had people start out by telling me why they were fired from their last job. I may want to know more about that later after I am interested in your qualifications, but starting off on that note can be dangerous. The same goes with telling too much about what is going on in your personal life. If you are going through a divorce or just broke up from a long term relationship, that is important to you, but not so much to the person considering hiring you. Be careful about oversharing.

If the interview has obviously gone bad and you are pretty sure you aren’t going to receive an offer, chalk it up to good experience and move on. Learn from the experience. There are two pitfalls you should avoid moving forward, however. Avoid blaming the entire situation on the interviewer(s). Perhaps you could have done something to engage their interest and change their minds about you during the interview, so don’t put it all off on them. Take some responsibility for your performance and try to figure out how you can improve it moving forward. The second thing to avoid is to take on so much blame that you stop applying for jobs to avoid future interviews. That is a no-win attitude. Learn from your mistakes, adjust your approach if necessary, and move on. Perhaps that job wasn’t the best one for you anyway. Maybe not getting that job is a good thing. It frees you up for a better opportunity which may be just around the corner. Learn from your experiences and move on.

Interviews are a necessary part of just about every job search. I say “just about” because I have heard of people who landed a job without a formal interview. Those instances are the rare exception. Given that interviews go with the job search process, wouldn’t it be better to learn how to interview effectively instead of treating it like a dreaded exercise routine that you keep putting off until it is too late to prepare properly? Learn how to prepare. Learn how to handle your nerves. Practice with a friend or a coach until you hone the answers to the questions you are sure to be asked, and you can deliver them with confidence. Nothing replaces appropriate preparation, so do the work and see the results pay off.

Kitty Boitnott, Ph.D., NBCT is a former educator turned Career Transition and Job Strategy Coach specializing in working with teachers who are experiencing the painful symptoms of job burnout. She also works with mid-career professionals from all walks of life who find themselves at a career crossroads either by chance or by choice. Learn more about Kitty at TeachersinTransition.com or at Boitnott Coaching.com.

No comments made yet. Be the first to submit a comment
How To Be More Confident At Work
3 Ways To Decide If The Position Is Right For You

How To Answer Job Interview Questions For Management Roles

5 Things Interviewers Notice That You Need To Know

Pure Jobs First Impressions: You’ve Got 30 Seconds To Make The Right One

How To Prepare For Your Job Interview

Cracking The Interview: The Code For Preparing For A Face-to-face Job Interview