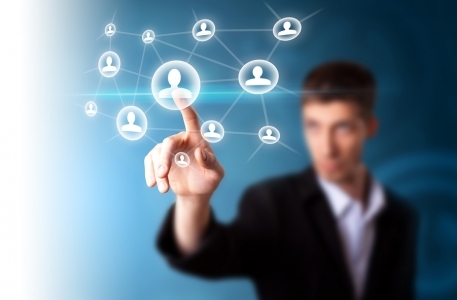 Everyone should know by now that networking is the best way to find a job. Where job boards have a 3-10% effectiveness rate, and probably less now that Applicant Tracking Systems (the software that will rank your resume) are becoming prevalent, networking has a 30-60% effectiveness rate. Referred people are less risk and have a higher retention rate – that’s why companies offer referral bonuses to employees who recommend someone who has been hired.

Connect with us on Linkedin

Unfortunately, people do not know how to network (one day I will probably write a short book on how to do it). Most people think that telling their friends and acquaintances that they are looking for a job, and arming them with your resume is the right thing to do. Wrong – when you do that, you just lost control of the process. So, if that was what you were planning to do, don’t.

One of the first things you should do (after you have a great resume and LinkedIn Profile) is to join networking groups where people like you help each other. There are literally dozens of networking groups to join and here is a list of some of them.

You can find more by just doing a Google search for the type you are seeking.

You can see a full list of associations here.

One of the first places you should go as Career Services probably has an email list you can join and some programs for alumni.

2. Your Local Chamber Of Commerce

They always have networking, often for small businesses to connect but also for job seekers.

You can join up to 50 groups which are great for demonstrating your expertise and joining discussions. There are groups for your profession and networking groups for job seekers. A lot of the job-focused groups have companies showing their open jobs.

Yes, they even have meetings for business networking.

An executive level job board that provides networking opportunities.

Another executive job board that formally promotes networking.

Really great sites that have local chapters include:

Touted as the largest business networking organization in the world.

I think you get the idea. Search for networking groups within your profession and you are sure to make new connections and expand your reach.

Don Goodman’s firm was rated as the #1 Resume Writing Service in 2013 & 2014. Don is a triple-certified, nationally recognized Expert Resume Writer, Career Management Coach and Job Search Strategist who has helped thousands of people secure their next job. Check out his Resume Writing Service. Get a Free Resume Evaluation or call him at 800.909.0109  for more information.

No comments made yet. Be the first to submit a comment
How to Get More Workplace Flexibility
How To Act After Getting A Rejection Letter

Here is How to Use LinkedIn to Land Your Dream Job

3 Ways To Get LinkedIn Endorsements

Overqualified For The Job: What Are Your Options?