How Recent Grads Can Quantify Their Accomplishments

Quantifying your achievements on a resume is very important since employers do not make important hiring decisions based on qualifications only.

How Recent Grads Can Quantify Their Accomplishments 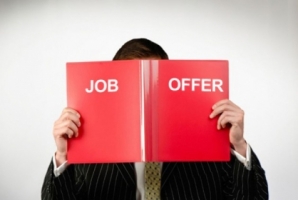 Quantifying your achievements on a resume is very important since employers do not make important hiring decisions based on qualifications only.

You should be able to find some achievements from your course or work experience. It is easy to impress the interviewer with examples of increasing profits, decreasing costs or streamlining processes.

When asked about achievements, don’t say clichés answers like: I got 2:1 or I got a driver’s license. Having a degree is hardly going to make you stand out from the crowd. Ideally, you would want to mention something tangible which you can measure e.g. if you raised money for charity, how much did you raise in the end?

As with competency based interviews, you should aim to use the STAR technique.

Situation: give the interviewer some context – describe the situation and why the achievement was significant. Why was it difficult to achieve?

Task: what specifically did you aim to achieve?

Action: explain what your specific actions were to achieve that goal.

Result: make sure it is specific. If you’ve saved time or money or received great feedback – say it.

If you’re still struggling to come up with something, think about whether you’ve done any of these:

Trained for and finally completed a marathon or other sporting achievement Set up a new student society or turned a struggling one into something more successful Overcome a fear by completing something you were frightened of Given a presentation at an event and got over public speaking worries Raised a certain amount of money for charity Helped others to succeed, for example, by teaching them a new skill

Here are some sample achievements for a fresh graduate:

Worked as a part of a team of students who created a multi-media campaign that increased student enrollment by 45% Named Class Representative during final year at college, owing to consistently acquiring A grades and exceptional personal conduct Streamlined university admissions office procedures by introducing centralized online enrollment procedures Received eight awards for drama and music during the three years spent at university Attained the Dean’s Award for Excellence, following distinctions in five languages and three sports

Find out how to prepare for a competency-based interview in my free 3-day e-course ‘How to win at job interviews.’

You can choose a professional achievement that’s related to the role, such as exceeding sales targets in your part-time job, but you don’t have to – it’s more important that it’s an achievement you’re genuinely proud of. Good luck!

Margaret Buj is an interview coach who has been helping professionals get hired, promoted and paid more for over eight years. She is also a qualified Personal Performance & Corporate and Executive Coach and can help you with developing confidence and the attitude that will make it easier for you to get any job you want. Schedule a complimentary consultation with Margaret here.

No comments made yet. Be the first to submit a comment
5 Tips For Maximizing Your Communication Skills Du...
The Secret To Attracting Any Job You Want

The Benefits Of Being CCNA Certified

Returning to Work After a Brain Injury

6 Tips For Working Women With Families

It Takes More Than A Resume To Get A Job