Is It Ever OK To ‘Diss’ A Former Employer?

One of the most-asked questions we get is, “What should I say about my former employer?” It can be difficult to rein in your emotions if you left your former employer on bad terms.

Is It Ever OK To ‘Diss’ A Former Employer? 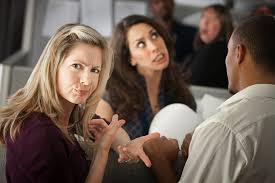 Related: How To Interview A Potential Employer

Remember, you are a business of one, and your services are hired by a company. Your boss is a client of yours. Saying negative things about him/her is not a good idea.

It’s a smaller world than you think, and your negative comments could hurt you in the future.

If you find yourself having to talk about a disliked former boss to a potential employer, you have to bring you’re A-Game. How do you do this? You MUST talk about your former employer/boss objectively. Never let your emotions get in the way of the facts. Here’s an example:

“The company made some really poor financial decisions and it resulted in them having to lay me off.”

Avoid responses like this one. This response is very emotional and your potential employer will wonder why you’re so emotional. Will you be like that with them?

“The company made some decisions that resulted in them not having a profitable year. As a result, they had to do a reduction in force to meet the demands of their investors. And unfortunately, I happened to be one of the individuals affected by this reduction in force.”

This response is much better. Explain the situation with the facts (not emotions). Remember, you can talk about your employer as long as it’s in an objective fashion.

To take it a step further, end it on a positive note.

“But you know, everything happens for a reason. It was a powerful experience, I learned a lot while I was there, and now I’m really ready to move on to my next opportunity. There are skills I acquired there that I want to leverage. I learned a lot, even from their experience, and I think it has better trained me for my next position.”

This is a nice bonus because you can flip the experience around to make you look like a better candidate. Being positive is the best etiquette you can have in this scenario. It shows good character and it will never come back to bite you.

Plus, it’s a small world. You don’t want something you said while you were in an emotional come back to haunt you later. Don’t make a permanent decision on a temporary emotion, as they say!

No comments made yet. Be the first to submit a comment
7 Tips For Successful Virtual Informational Interv...
Crossover: How to Successfully Leave a Job and Bui...

5 Things you can say in a Job Interview