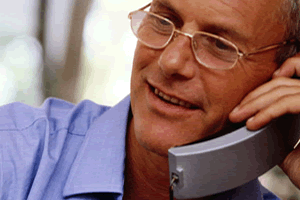 its #Monday Why do interviewers ask strange interview questions like, “What animal would you be?” They want to throw you off your game and get candid answers (they know you’ve practiced good answers to interview questions) and they really want a peek into your personality and thought process. Hiring you is a risk, and they want to make sure they make the right choice.

There’s no such thing as being over-prepared for any job interview, and that includes being ready for questions like this one. It’s actually a pretty good pre-interview exercise—thinking about the qualities necessary to do a job well can help you focus your thoughts on how to better answer all your interview questions.

All job interview answers should tie in to your ability to do the job—so when you think of an animal, think about the qualities or functions you can attribute to it that would be great for this job. Keep your answer simple and brief. Name the animal, and then give one or two qualities that you see in the animal that also describe you. (Don’t let them draw their own conclusions.)

Here are nine great animals to choose (and eight to stay away from):

These are strong, intelligent, fast-moving animals who are great working alone or as part of a team.

Ants are the ultimate hard worker and team player. They can be good for jobs requiring repetitive work, but they are also known for planning ahead—remember the fable about the ant and the grasshopper?

Monkeys are energetic and quick learners.

Chimps are famous for their intelligence and their group dynamics. They work well in groups, are team players, are clever, and are socially sensitive (which translates to emotional intelligence).

Elephants are strong, intelligent (they have a great memory), and group-oriented. They are also strong and unstoppable.

Man’s Best Friend is best-known for its extreme loyalty and protectiveness. A dog might be a good choice for someone in a support role.

Super-intelligent and intuitive dolphins could be a good example for problem-solvers.

Be careful with this one—an eagle could be good if you are in sales or in a leadership position, because you can say that they are aggressive hunters, or they can see the big picture from up there, but an eagle could be seen as a negative if you’re interviewing for a job that needs you to be a team player.

Lions are great for leadership roles. They are strong, commanding leaders.

What animals should you stay away from? Any animal that has negative qualities associated with it.

Cats are independent, but they are also known for not giving a darn about you as long as they get what they want.

I personally like whales a lot—but when associated with personality, people tend to think fat, bloated, or slow.

Snakes are sneaky and inspire fear—maybe a great thing for a mob boss or drug dealer, but not you.

You set traps and wait for your prey to get stuck so you can eat it alive? Great.

You may love pigs, but the associations with it are lazy and messy.

Cows are slow and vulnerable.

Chickens are not smart animals.

Foxes are smart but sneaky. Ask the chickens.

A fun way to end your answer is to ask them what their animal would be. It could give you your own clue into the personality of your potential future boss.

Career Coach – Peggy McKee is an expert resource and a dedicated advocate for job seekers. Known as the Sales Recruiter from Career Confidential, her years of experience as a nationally-known recruiter for sales and marketing jobs give her a unique perspective and advantage in developing the tools and strategies that help job seekers stand head and shoulders above the competition. Peggy has been named #1 on the list of the Top 25 Most Influential Online Recruiters by HR Examiner, and has been quoted in articles from CNN, CAP TODAY, Yahoo! HotJobs, and the Denver Examiner.

0 Cancel Reply
very useful to know
Cancel Update Comment
Why Your Network Isn’t Going To Help You - Pure Jo...
5 ‘Wake Up Call’ Things To Ask Yourself About Your...

3 Reasons You Should Consider A Mock Interview

Discover the Steps to Becoming a Lawyer

30 Basic Sales Interview Questions You Need To Know About!