How A Little Career Paranoia Pays Off Brilliantly

That afternoon, she’d been summoned up to HR and told that her boss no longer believed she was a good fit for the position.

How A Little Career Paranoia Pays Off Brilliantly 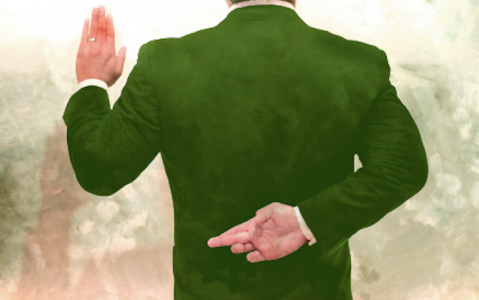 The news wasn’t good. A friend of mine was calling to say that she’d just gotten the axe. Six months earlier, she’d taken a great new job in Chicago, a job she thought would be a professional game changer for her, and now it was over. That afternoon, she’d been summoned up to HR and told that her boss no longer believed she was a good fit for the position.

“I never saw it coming,” she told me.

The funny thing is, I had seen it coming. I’d even tried to suggest to my friend at times that something not-so-good seemed to be going on in her workplace and that she might be in jeopardy. But she’d assured me everything was fine.

Why had I managed to foresee her firing but she hadn’t? Because I’m paranoid. In recent conversations, my friend had mentioned she’d been given the cold shoulder by her boss a couple of times and that once she’d been left out of a key meeting. While my friend had assumed they were minor bumps, not worth fretting about, alarm bells had gone off in my head.

Throughout my professional life, I’ve tended to fixate on certain events and behaviors and let them gnaw at me a little. You may be feeling sorry for me at this point, but please don’t. As I look back at my career in the magazine business, including fourteen fabulous years running the number one women’s magazine in the world, I see that my paranoia served me extremely well. It often led me to pick up on important warning signals and then take appropriate action. Sometimes my paranoia even resulted in great new opportunities. At the very least, it helped me escape some dangerous situations with only a few singe marks on my butt.

Not The Paranoid Type? Let Me Recommend It

I don’t mean you should sit at work each day worrying that the world is going to be invaded by aliens from the planet Abdar or that the FBI is tapping your phone. And I don’t recommend becoming so anxious at work that you fail to enjoy what you do. But I do think it helps to keep your antenna up and heed when things seem off to you. Pay attention to gossip and rumors even if at first glance they seem silly. Take note of out of the ordinary behavior.

But here’s the most important step: you have to then connect the dots. One disturbing incident may be nothing to be concerned about, but two weird things are a different story. Is there a pattern? If so, what could that pattern be trying to tell you? My friend failed to see a pattern that indicated her boss had gone off her.

When A Yawn Is More Than A Yawn

Here’s an example from my own life. At one of the first magazines I ran during my media career, my boss used to take me out to lunch a few times a year for a catch-up. I always loved those get-togethers. But something odd happened during the last meal we shared: My boss yawned when I was speaking. Now, it could have been that I was being a bore that day, but I didn’t think so. The guy just seemed preoccupied.

A few weeks later, I called my boss to ask him a question. His assistant said he was in Florida and would be out of touch for a few days. He was on a junket I realized, and then it hit me: He’d been on a lot of junkets lately. I connected the dots and saw a clear pattern: My boss had checked out!

Over the next weeks, I made it my business to spend more time with the second in command. A month later my boss resigned, accepting a position that he’d been recruited for over many months. I was sorry to see him go, but at least I’d begun to develop an even stronger working relationship with the number two person—who was soon given the top job.

Too often we ignore or rationalize certain incidents because they’re potentially distressing. We don’t like thinking that a co-worker could be undermining us or that or our company might be in turmoil. But though the truth is sometimes disruptive, it can also be empowering. The trick is to use it to galvanize you into action so that you’re in control and ahead of a potential problem. Paranoia really does have its positive side.

Wait—did you just see those flashing lights in the sky? I’m kidding!

No comments made yet. Be the first to submit a comment
What To Do When You Have A Bad Boss
3 Must Follow Branding Tips for Freelance Academic...