Working At Sea Requires All Levels Of Qualifications

A look at the different types of qualifications you’ll need for a career at sea, and how a naval career might progress.

Working At Sea Requires All Levels Of Qualifications 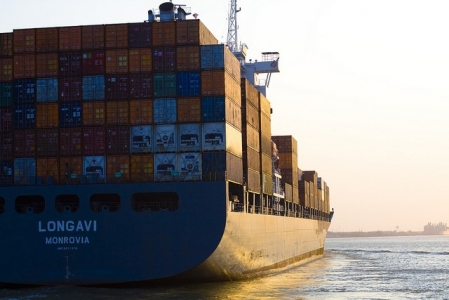 To this day the shipping industry remains vitally important to the global economy, transporting 80% of all trade goods around the world. This figure shows no sign of slowing either, with the Maritime and Coastguard Agency forecasting that it will rise significantly in just the next two years.

In the UK, the collective name given to the commercial shipping industry is the Merchant Navy, and as well manning container ships carrying a wide variety of cargos, they carry out other sea-based work including supporting the off-shore oil and gas industry. The industry is presently growing at a rate that means there is a shortage of qualified officers to fulfil important job roles. If a life in the Merchant Navy appeals to you, there’s probably never been a better time to train for a job at sea.

There is no centralised employment for the Merchant Navy. Instead, each candidate must seek sponsorship directly from shipping companies, or training organisations like the Warsash Maritime Academy that recruit on their behalf, to enter officer cadet training programmes. Sponsorship covers all the costs incurred during the training process, including tuition fees and a living allowance. There are usually concentrated periods for recruitment, typically between September and January of each year.

You can apply for the Merchant Navy once you have completed your GCSEs and again after your A-levels. Although you can apply to be a deck officer when you are 16 years old, you’ll need to be at least 18 to undertake engineer officer training. Below is a list of the qualifications that you will need:

Suitable grades in the above subjects will allow you to study a Higher National Diploma (HND).

·         A minimum of 120 UCAS tariff points, preferably including a numerate subject, as well as GCSE grade C or above in these subjects:

Suitable grades in the above subjects will allow you to study a foundation degree.

The Different Types Of Further Education

There are three different types of officer cadet training schemes that lead to becoming qualified either as a deck officer, an engineering officer or a marine electro-technical officer. The type of HND or foundation degree studied will differ depending on the type of Merchant Navy officer you are training to become.


Deck officer cadets will study for either:

Engineer officer cadets will study for either:

Officer Cadet training and the completion of these courses typically lasts three years. Training always starts with residential course at a nautical college, before moving into different phases that includes periods at college intersected with time at sea to learn practical skills under supervision.

If you are a recent graduate there are opportunities to apply for the Merchant Navy, especially if your degree is in something relevant such as engineering, but you‘ll still need take the same path of finding sponsorship and undertaking training. You will then enter the programme at a suitable stage, which will be judged according to your existing level of skill and experience.

As well as the academic and sea based qualifications, all trainee officers will obtain an Officer of the Watch (OOW) Certificate, which is an internationally recognised certificate that allows seafaring officers the licence to board and work upon any type of ship across the world.

A Brief Description Of The Different Types Of Merchant Navy Officer

Deck officers are in charge of a ship’s navigation process and are responsible for controlling the vital communications that help manoeuvre a ship safely through to its destination. People that tend to make good deck officers have excellent communication skills, are able to remain calm under pressure and have a keen interest in technology.

Engineer officers are responsible for operating and maintaining the ship’s equipment. Examples include ventilation, pumping and refrigeration systems, as well as monitoring computer controlled engine management systems. Unsurprisingly, those that excel in this role have a keen interest in mechanical and electrical systems and are keen to learn about new and exciting technologies.

Electro technical officers are tasked with ensuring that all the electrical equipment on-board a ship is optimised and in working order. The nature of this job role appeals to people that have a technical and practical mind-set with good problem solving capabilities.

Once the initial period of office cadet training is complete and certification is gained, officer cadets will have the opportunity to work their way up to the top rank in each role; Captain (Deck), Chief Engineer or Chief Electrical Technical Officer. For each rank leading up to the most senior position you will need to hold the related OOW certificate of competency before you are promoted, something that requires further training and the passing of exams.

For many, progress through the different ranks will be relatively swift, with officers often achieving promotion to the most senior rank within five or six years; however, this will depend on merit and available spaces, as well as the attainment of the correct competency certification beforehand.

Working as a Rating

For those that are not interested or unable to train for an officer, there are other opportunities to train as a Rating. These personnel can train to be deck and engineer ratings who work alongside officers in those departments. Ratings can also train to work in the catering department of a ship, taking care of food preparation and cooking as well as other responsibilities such as stewarding and emergency response.

Training for a rating is the ideal entry route for those that have no formal qualifications, as there are no minimum requirements for entry. Although to be successful in securing a place for ratings training you will be expected to display a potential and willingness to gain professional ratings qualifications and at least three GCSEs (A*-C). Only a limited number of companies offer ratings training, so only those candidates who show the most ambition and willingness learn tend to be successful in securing a place. Ratings that excel within their role can also be given the chance to progress to the rank of officer, once they have completed the correct training.


Those With All Levels Of Qualifications Can Work At Sea

The Merchant Navy provides opportunities for people with any level of qualifications to forge a career at sea. All that is needed is a willingness to learn and the ability to apply oneself. Then you can say hello to a career that recoils at the routine of the 9 to 5 job, offers fresh challenges and adventure each day and the chance to travel the world while getting paid.

If you have passed through the officer cadet training programme and are enjoying a career within the Merchant Navy, please share your experiences in the comments section below.

No comments made yet. Be the first to submit a comment
Annual Career Check-Up: Your Year In Review
How To Turn ‘Fired’ Into ‘Hired!’

10 Job Search Mistakes You Must Read About!!

What Are Boomerang Candidates (And How Do You Handle Them)?

How To Ask For LinkedIn Recommendations